The mob that stormed the U.S. Capitol quickly overwhelmed the Capitol police.

How could law enforcement be so unprepared when the demonstrations were announced many days ago? The protest was brewing publicly for weeks.

Just before violence erupted President Trump was urging protestors to head to Congress to “stop the steal.”

We learned that there is something that is more contagious than coronavirus – anger.  The outrage stoked by weeks of complaints about a stolen election – unproven allegations –  riled up thousands of people.

While most of the claims of voter fraud have been shown to be false, the anger grew as President Trump continued to press his claims, including even after violence erupted on January 6th.

The inept reaction by law enforcement resulted in the most damage to the Capitol since the War of  1812.  In addition to the physical damage, the bedrock of a democratic nation – elections – are now suspected as fraudulent by a large minority of the population.

There are many steps that need to be taken to repair the damage, but the first lesson is about preparedness. In times of national turmoil, governments – federal and state – need to be ready to deal with violent outbursts and insurrection.

The year 2021 now poses two difficult challenges: dealing with the coronavirus and handling the lack of trust in the government.

COVID-19 has revealed how unprepared the country was for a pandemic. The Trump Administration had rejected the plan that it inherited from the Obama Administration. The bungled response has caused a higher death toll than has occurred in better prepared nations. A central flaw was the inability of the president to tell the truth as illness spread.

Taken together both threats – contagious disease and contagious anger – need to be confronted. Preparedness is the first step in prevention. Truth telling is the key to healing. 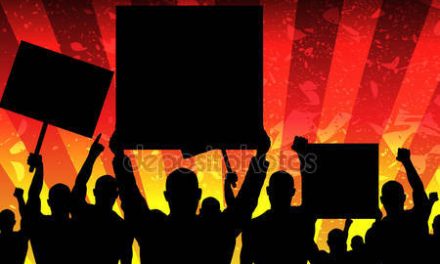 Preparing Employees to Reintegrate in the Workplace